“No man is an island entire of itself; every man is a piece of the continent, a part of the main.”
John Donne

FOREIGN PHILANTHROPIES, EUROPEAN FUNDS AND COMPANIES WITH A PURPOSE

THE NEED TO BUILD PURPOSE FOR THE COMMON GOOD

Ethosfera will be developed with funding coming mainly from foreign philanthropies and companies strongly committed to defending and strengthening liberal democratic institutions as a fundamental basis for economic and social progress in the digital environment.

RISKS ARISING FROM POLITICAL AND SOCIAL GROUPS AGAINST LIBERAL DEMOCRACY

In the redefinition of the corporation towards an entity whose purpose is to help resolve a series of public issues, the need arises to closely follow the cycle of public affairs and to anticipate the behavior of certain political and social groups.

There are changes in the expectations that the general public has about certain topics, changes that are reflected in some way in the media communication, which can arouse controversy in the political environment and can culminate in legislative developments that negatively affect our democratic institutions and our economic and social progress.

Ethosfera becomes a platform to detect these risks thanks to the support of philanthropies and companies strongly committed to the architecture of liberal humanist democracy.

Faced with the geopolitical risks derived from technological progress and certain political-social actors, the need arises for a new public-private governance, the purpose of which must appeal to the basic principles of classical and liberal humanism on which liberal democracy has been articulated in West and that has served as the basis for economic and social progress. 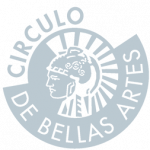